We specialise in Personalised Funeral and Memorial Services

A Personalised Funeral or Memorial Ceremony offers a unique and sensitive alternative to a traditional funeral. It gives you the opportunity to celebrate your loved one’s life and parting.

Let us provide you with a ceremony, celebrating and commemorating the life that has been lives in a compassionate and sensitive manner.

Our ceremonies have no religious content, although prayers or hymns may be included at your request.

We will meet with you to talk about the person that has died and discuss the type of ceremony you would like.

We will gather information to create a personal tribute and offer a wide selection of suitable readings. You may wish to include music, poetry or readings that have a special significance for the deceased. There may be members of your family or friends who would like to speak at the ceremony.

Gwyn is well known for writing personalised poems using details and personal facts from the life of the person lived, to provide a poem that can capture key points in a person’s life, including achievements, memorable occasions, humorous events etc.

Then, with compassion, sincerity and great care we will officiate the ceremony at the funeral home, crematorium, cemetery or any location of your choice.

Each ceremony is a unique celebration of life, design and conducted to reflect your wishes and those of your loves one.

After the funeral, we will present your family with a personalised copy of the ceremony as keepsake.

A Funeral Celebrant is a person who can help plan, write and lead a Funeral service.

People from all walks of life choose to become a celebrant but all are motivated by a strong desire to help families give the person who has died a good send-off, one that honours, gives thanks for, and, even, celebrates a life.

Some Celebrants are introduced to families by a Funeral Director, others are approached directly. Either way, all will work closely with the family and the funeral director to ensure everything goes to plan.

Celebrants are creative, alternative, ceremonial leaders. They are an excellent choice for those who want to honour the life of a deceased loved one. Ceremonies that may or may not be religious in nature, but that are both deeply moving and meaningful for those who are bereaved.

Nearly one third of people in Wales have no religion, according to census data.

But a total of 32% in Wales said they had no religion, the highest total was in Blaenau Gwent with 41.1%; the lowest in Flintshire with 25.4%.

The Church in Wales said Christianity is “no longer the default setting” for many people but the picture is complex.

A quarter of the population in Wales and England as a whole said they have no religion.

But the proportion in Wales with no religion was higher than across Wales and England as a whole.

There were also slight increases in the percentage of people who said they were Hindu or Buddhist – both up from 0.2% to 0.3%.

The percentage who said they were Sikh or Jewish remained unchanged between 2001 and 2011 at 0.1%.

The Church in Wales said the figures show that Christianity “is no longer the default setting it once was for many people in Wales”.

“Today we find people go to church because they want to, not because they feel they have to or because it’s the place to see and be seen,” she said.
“It should also be borne in mind that statistics can’t show the whole picture in matters of faith.

“The past few months, for example, have seen people in different parts of Wales turn to churches in their thousands following various tragic events: in Machynlleth, in Ely, in St Asaph.

“People find God when life gets tough and it is the Church’s privilege to be there for them whenever and wherever we may be needed.”

Canon Bob Reardon, communications officer for the Catholic diocese in Cardiff, said the faith communities were already aware of the challenges shown up by the figures.

“It’s apparent in organised religion there has been a decline but that’s not to say there is not a spiritual side to people,” he said.

“There is still a spiritual dimension to how people live their lives, that is something we all share.”

Meirion Morris, general secretary of the Presbyterian Church of Wales, said that despite “rumours to the contrary”, the census showed that almost 60% of the population of Wales still considered themselves to be Christian.

“As a bilingual denomination that serves communities across Wales we are aware of this underlying sense of belonging to the Christian tradition,” he said.

“However, we are also realistic and know that the level of this commitment varies enormously, and that during the last century the life of the church has become increasingly marginalised.”

He said churches were seeking to find “relevant ways of reaching our communities”.

Dr Geraint Tudur, general secretary of the Union of Welsh Independent Churches, which represents nearly 450 chapels in Wales, said: “In what’s often called a secular society, it’s amazing and uplifting that 58% of Welsh people still consider themselves to be Christians.

“Although only a minority attend services and other religious events, it’s obvious that there’s still a strong sense of loyalty and affection towards Christianity in Wales.” 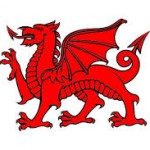 Lorraine Barrett, a former Welsh assembly member who now works as a humanist celebrant, said it was interesting that people had the confidence to declare themselves of no religion or non-Christian.

And she said it meant a challenge for policymakers to ensure the non-religious were accommodated equally with faith groups.

She said: “People have almost felt obliged to say they have some sort of religion.

“Public policy is geared towards those with some sort of religious faith, they are given some sort of privilege or automatic right to be considered.

“For the establishment, whether the Welsh government or the UK government, it will give pause for thought when they are considering issues and how they interact with groups and societies.”

The religion question was the only voluntary question on the 2011 census.

Stephen Hicks from the Office of National Statistics (ONS) said: “Older people are more likely to affiliate with the Christian religion.

“Our snapshots have been showing (the decline) for a while and this wasn’t a surprise to us, this big change.”

Mr Hicks stressed that identifying with Christianity could be a cultural thing rather than signifying actual church attendance or even a belief in God, adding that the census did not ask about church-going activity.